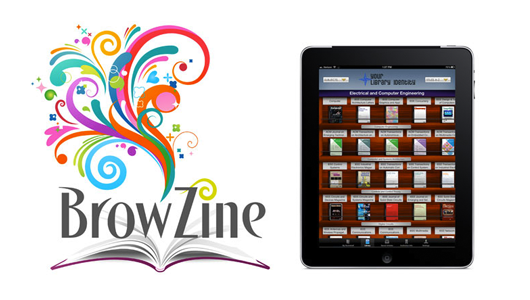 Browse our scholarly journals with BrowZine!

The Lede: American Descendants of Slavery Deserve to Have a Voice

Where it concerns addressing the newly racialized populace, I would strongly advise everyone to begin fortifying themselves with the data, immediately, because history shows repeatedly that this country can’t learn enough, can’t do enough, fast enough to right this wrong.
Current U.S. Citizenship and Immigration Services, asylum and deportation policies are just one example of how this country has already taken action to protect most any person’s or group’s general right to choice and their freedom to live in safety.
Yet, when it comes to the American Descendants of Slavery, or ADOS, many members of the majority community perpetuate a severe lack of empathy, on our behalf.
The continued denial of ADOS suffering by the State of Connecticut and by the United States government has thus far been vehement and has resulted in violence. Look at our incarceration numbers. ADOS people have been blocked from receiving the same rights and freedoms as other human beings, in this country.
Our people deserve serious attention and consideration for our needs. We deserve to have a voice and an active role in making race right in the United States of America. Most importantly, we deserve prompt action toward an ADOS agenda.
Like many other ADOS families did at the time, my father’s parents migrated from Birmingham, Ala., to Norwalk, Connecticut, in the early 1960s.
Protesters back then were facing nearly identical acts of retaliatory, domestic terrorism from armed police, in response to Jim Crow, as protesters are facing today.
These families wanted to provide their children and grandchildren with the opportunity to access part of America’s success story.
However, instead of receiving protection from persecution, free job-training and the ability to protect other family members who were left behind, ADOS families were primarily farmed into ghettos and all but forgotten about.
In 2014, I interviewed for the position of program manager, at a local community service group that I’d worked with for two consecutive years prior.
The organization prided itself on important life values: diversity and inclusion, focusing on assets, and continuous learning, to name a few. My previous experience in both the ADOS church and the US Air Force - up to that point - honestly had me feeling as if I’d been preparing for that exact job for most of my life.
There were only three serious candidates for the position and I was confident that I was the best fit.
Unfortunately, however, I did not end up getting the job.
When I inquired about the panel’s decision to go with another person, I was given the impression that I still just wasn’t good enough. Keep in mind that the program manager at the time was a white guy with the same experience level as me. We actually did our first year of the program together, as team members.
The following year he got hired as the program manager, but that only lasted a year before he moved on to bigger and better. I, in the meantime, had to find two part-time jobs to make ends meet.
The ADOS agenda is online at ADOS101.com.
--Sharaya M. Smith is a Bridgeport resident and a member of the ADOS movement.

Streaming Popular Video: What is the Role of the Library? 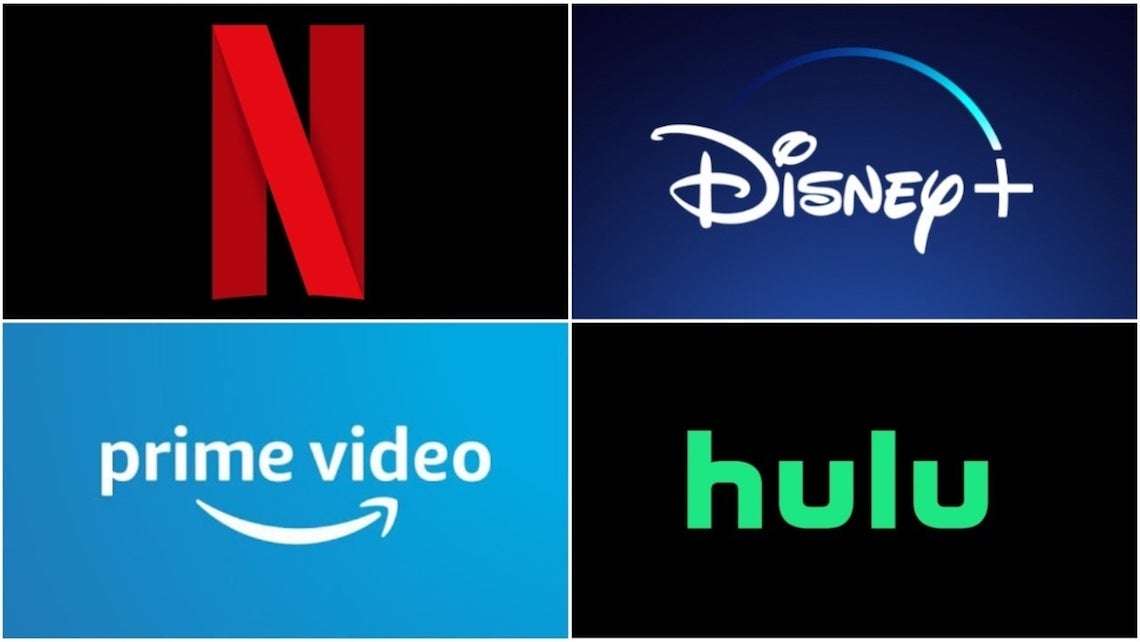 Streaming such a film is both very expensive and not easy to arrange. Instructors' expectations that the library will provide access to streaming popular movies have grown in recent years, despite the availability of such movies on Netflix HBO, Hulu, or iTunes.  Sometimes such expectations often reflect not only a failure to plan ahead, but a confusion about the role of an academic library.  Thinking a moment about books can bring this confusion to light.

Faculty rely upon campus bookstores and online booksellers to supply trade books used for a class. (A "trade book" is a popular book meant for general readers, not a textbook nor an academic monograph.) In this case, suppose the instructor assigned students to read Twelve Years a Slave? (-- the 1853 memoir by Solomon Northrup).  An academic library might have a printed copy or two, but not many.  By contrast large public libraries often offer five or more copies of fiction popular right now, but later withdraw most when popularity wanes.

Public libraries rely on companies to supply popular digital books.  For example, Fairfield Public Library has Twelve Years a Slave available from Overdrive.  (So does Bridgeport.)  In theory, any student residing in those towns could get a public library card and read Twelve Years a Save digitally.

Big academic libraries have subscribed to Overdrive Academic (such as Yale, Boston College, Cornell, etc.) Smaller universities often have not, because Overdrive Academic is expensive and not usually considered in the main academic collection profile.

Current popular films and popular books have been sold very differently.  Traditionally, you could only see a popular movie in a theatre: your ticket gave you access once. As technology changed, older films were sold on DVDs with a specific license for home viewing—licenses usually ignored when such DVDs were played to an on-ground class.  Current popular films were rarely available on DVDs when they were still in the theatres.  Ten years ago, video streaming altered this market once again. Major media corporations are still extremely nervous about streaming video even as they reap the profits. We all know that all kinds of pirated copies exist, and often are easy to find.

Popular books have always been easy to buy, often online.  Pirated copies are much less lucrative and usually have been less of a problem (with certain famous exceptions such as Tolkien's Lord of the Rings).

Before DVDs, the difficulties of securing both the rights and the equipment to show a popular movie in class were often prohibitive. Instructors rarely assigned students to see a movie in a theatre, because often the film would come and go in a few weeks before the semester was over.  Even then, instructors doubted students would really make the effort.

Streaming solved these technical difficulties, but also led to many instructors' growing expectations that popular films will be available to students 24/7, and that the university ought to make them available through the library.  Markets dictate that popular films will be available to libraries only at a hefty price. Instructors meanwhile often believe that students will really view a popular film only if the institution makes it available “for free” (paid by tuition, that is).  They believe students will not see such a film if they have to use Netflix, HBO, etc. for a modest fee (usually $4—$6), even though many students already have such accounts, or use their parents' or friends' accounts.

Students are routinely, however, expected to purchase a copy of a trade book, especially if its not expensive.  Why do many instructors believe that the library should provide access to a popular film, when they do not similarly believe that libraries should provide a copy of a trade book for every enrolled student?  Instructors still assign students to read a book, even though they know that many do not.  Instructors apparently genuinely expect students to view popular films when the library pays for them, even though many will not, even for "free."

Students ask —every semester without fail—whether the library has textbooks for them to use.  (A particular textbook is rarely specified.) They never if the library has a popular film available for streaming.

The instructor who required students to view the film 12 Years a Slave would never have required them to read the book without asking the bookstore to order copies —even though many students will get a copy through Amazon or Chegg. The copy might cost $9 (current price on Amazon). If a student had to pay to view the movie, it would cost about $5.  By contrast, one vendor asks the library to pay over $200 per film for streaming rights for a semester.  If a class has 25 students, that is $8 per student if every student watches it—double if only half do.  Why should it be reasonable to ask students to purchase a book, but not to stream a movie? 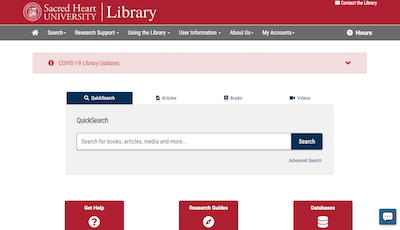 In August the Library introduced a new, uncluttered website that incorporated what was learned from user testing and trials earlier in the year.  The new site has been received positively.  Faculty will want to know about the Faculty Resources page that highlights Library support for SHU-Flex.  You can also find links to make an online appointment with a librarian, arrange for online instruction for your class, and find out more about PIVOT, a major database of grant opportunities to help you move your research forward.

The Library now provides access to Bates Visual Guide to Physical Examination, a major resource for health science disciplines, with anatomy and system-specific videos.  The site offers more than eight hours of video content, with careful attention to accuracy and a variety of patient types.

These sets of videos were among the most-used resources March—May 2020, during the lockdown conclusion of the Spring semester, when they were made available at no charge.  Those usage statistics guided the library's decision strategy to acquire access to these contents. 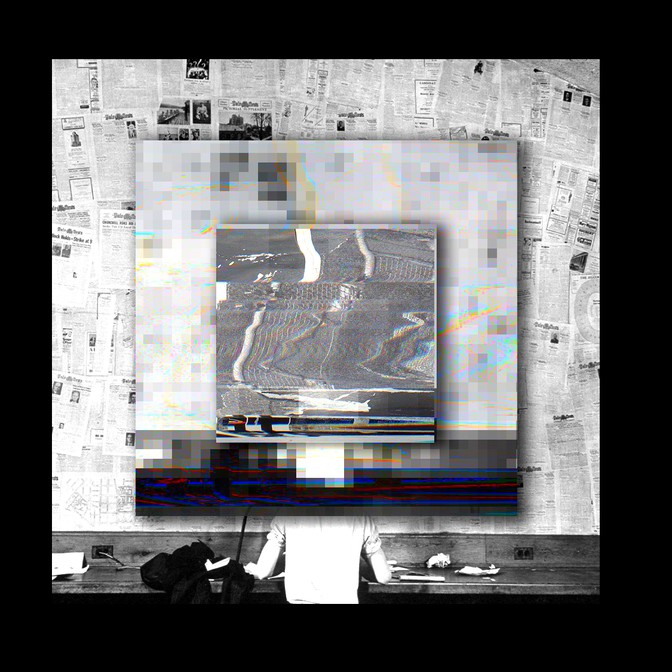 "Fake news" has become a political slogan, but recent media and government reports (.pdf) have highlighted the extent of media stories manufactured by groups or nations without regard for truth. According to this story in The Atlantic, the supply of disinformation will soon be infinite, created by artificial intelligence, and inventing entire ecosystems of misleading or entirely false claims.

Our Library colleagues at Fordham University have provided an excellent library guide  with links to many public sites (Note: the database links work only for Fordham).  Sacred Heart University Library provides excellent resources for Research and Source Evaluation Strategies (in SHU Library Instruct), as well as a page about Fake and Misleading Images

In this election season, instructors should be aware of the level of conspiracy rumors and misleading or untrue stories that circulate at large and among our students.  The values of higher education and critical thinking are under threat.